In December 2020, I curated the twitter feed for @WeAreRLadies and shared my 280 character thoughts to over 25,000 followers. This blog post will share my thoughts on the experience, and hopefully encourage (and prepare) you to sign up as a curator yourself.

R-Ladies is a worldwide organization whose mission is to promote gender diversity in the R community. @WeAreRLadies is a twitter account run by R-Ladies Global which features a rotating curator each week. The aim is to encourage engagement with the R-Ladies community, and highlight cool work in R by female and minority genders.

Why did I decide to curate?

There were a couple of different reasons why I signed up to curate. Firstly, I wanted to highlight the awesome work that female and minority genders within the R community. The day after I finished curating, a major UK newspaper ran an article with the headline Phwoar! Look at the vital statistics on these lads and stated that those who are good at data science tend to be men. Even searching the #Rstats hashtag on twitter brings up results from women less often. The truth is pretty different, and I think the best way to prove articles like the one I mentioned wrong, is to showcase how many women are doing awesome work in data science.

Secondly, I also wanted to confront the imposter syndrome that often floats around in the back of my mind, head on. Just because you don’t know everything about R (hint: nobody does), doesn’t mean you don’t have valuable knowledge to share with the R community.

There are a couple of things I wish I’d thought about a bit more before curating began. One of the main things: twitter. Access to the @WeAreRLadies twitter account is done through TweetDeck, and many of the unexpected issues I faced related to its lack of functionality.

Originally, I had a bit of a rough schedule planned out with things I thought might be interesting to talk about. But like many things in life, plans don’t always work out. 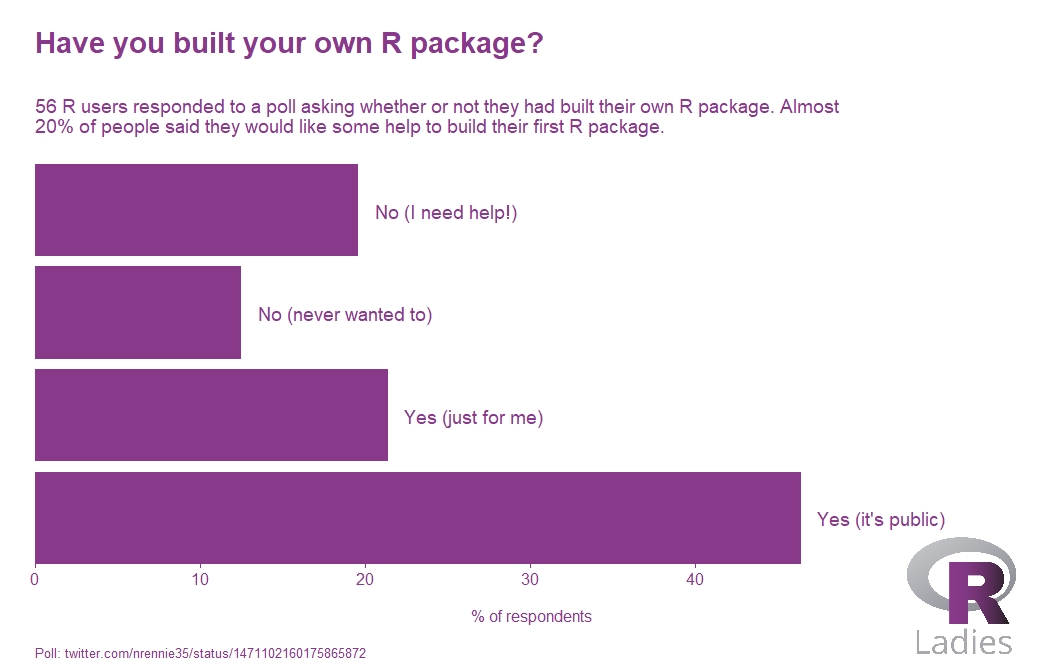 Life gets busy. Don’t beat yourself up if you don’t quite stick to your original plan.

Some other useful resources

There were a few different blog posts that I found useful in preparing for curating:

How do you get involved?

You can sign up to become a curator by filling out the following online form. It takes a little while to fill out the form since it includes the information in your curator profile, so give yourself at least half an hour. Don’t worry if your information changes in between signing up and actually curating - you’ll be able to okay your profile before it gets published on twitter. In the months between signing up and actually curating, pretty much all my info changed!

You can find more information here.

I really enjoyed my experience of curating and I’d encourage you to sign-up and curate the @WeAreRLadies account! I discovered many new cool accounts to follow when searching for work to highlight, learnt new things about R, and made some new connections.

If you’re thinking about curating but aren’t quite sure about it yet, I’m happy to chat!